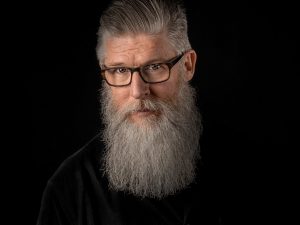 Why do men get beards, in terms of evolution? Is it conceit? Dominance? Laziness? Or is there another factor entirely? According to recent studies, beards probably developed to give men a social advantage. Check out these common beard styles for black men that are popular.

Using data on British facial hair trends from 1842 to 1971, Nigel Barber conducted a study that indicated that when fewer women reached marriageable age, men’s beard and mustache growth rose. Basically, more guys get beards if there are more single males than women. Does this imply that males develop beards because women find them more appealing than baby faces with clean-shaven faces?

Numerous studies indicate that men with beards appear older, stronger, and more aggressive than males without beards, to both men and women. However, does this imply attractiveness?

According to some studies, women prefer men with stubble, while others reveal that they prefer men with beards, and still others claim that women find clean-shaven males to be the most appealing. In conclusion, there is insufficient evidence to say that women, in general, find males with facial hair more appealing than men who are clean-shaven.

We cannot presume that males grow beards because women find them more appealing because there is a dearth of reliable evidence. But why grow a beard if not for women? Hell, if it’s not for women, why do we males accomplish anything at all?

Dominance. Everyone is aware that the quiet, bashful guy in the corner is very unlikely to woo the lovely girl into his home. In the animal kingdom, the dominant male can increase his chances of mating by pressuring potential rivals to back off. Bearded men have an advantage in perceived dominance and are therefore more likely to pass on their genes to the next generation since they are seen as older, stronger, and more aggressive by both sexes. Therefore, it would seem that from an evolutionary standpoint, beards function as a dominance mechanism and thus indirectly as a way of reproduction.

That is from the standpoint of evolution. What motivates everyone of us to grow a beard is personal.